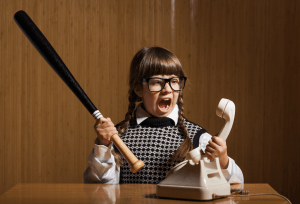 I started to get suspicious when a reliable freelance client still hadn’t paid their invoice after 60 days and several follow-ups. My left eye started to twitch when I discovered both of my main contacts had been let go. Yesterday, after several voicemails and emails of second and third notices, I got my answer: They’re filing for bankruptcy. It wasn’t a huge invoice, a couple hundred dollars, but it was a reminder from the universe that there’s no such thing as risk-free freelancing.

Businesses fail, often without much notice. Although a chronically slow-paying freelance client can be an early indicator of financial troubles, that wasn’t the situation I was in. The first slow payment was the sound of a canary, croaking off its perch and hitting the floor of the coal mine.

Steps to Take When a Freelance Client Files Bankruptcy

If you find out a freelance client has filed bankruptcy, your chances of being paid in full are, unfortunately, quite low. The process for dealing with bankrupt businesses differs depending on the type of bankruptcy. USCourts.gov offers lots of information on the topic.

The basics include the following:

That’s pretty much my course of action. I contacted the trustee, who promptly sent me the so-called workout document, which explained the process, including the reasons for the action they’re taking. (They made an acquisition that was a financial disaster.) From reading the workout doc, the best-case scenario is that I’ll get 20 cents on the dollar. I am not holding my breath.

Could I Have Done Anything Different?

In the wake of this incident, I went through my actions and really don’t see that there’s anything I could or would have done to prevent it. They’d been a client for about 2 years, and had promptly paid on a half-dozen other projects. There was no mention of their financial troubles in the local media, and I still can’t find anything about the bankruptcy.

What are my takeaways?

In the comments: Have you ever had a freelance client file for bankruptcy? What was the outcome? 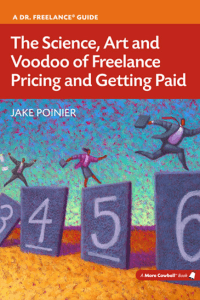 Get your copy of The Science, Art and Voodoo of Freelance Pricing and Getting Paid (paperback or ebook) at Amazon or Barnes & Noble.