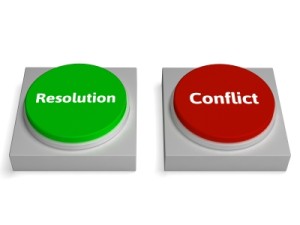 Referrals—given or received—can be among the most powerful business-builders in your freelance arsenal. As today’s guest post illustrates, however, they come with their own set of responsibilities and conflict resolution requirements.

A former client (let’s call him Jim) contacted me and wanted me to work on a new project with him. I didn’t have time and didn’t have a great experience working with him before, so I referred him to a colleague (let’s call her Abby), someone I had recently re-connected with after many years. They worked out a contract, and Abby began work. As the referring business, I was to be paid a 10% referral fee.

There were hints of trouble along the way: Abby felt pressured into doing more work than originally agreed, work she wasn’t qualified to do, and it was taking much longer than projected. She was demonstrating a lack of professionalism that concerned me. Jim was unhappy with how much longer things were taking, and unhappy with the quality of the work in general. Soon Abby was not responding to Jim at all, and he contacted me in desperation to get a response. She felt Jim was harassing her, and he felt she was ignoring him for no reason. I stepped in as a third party to perform some conflict resolution.

Finally, the work was done, but the disasters were not: The primary task was not executed well at all (never mind the extra work Abby had done) and the agreed-upon deadline was missed by a month. Jim threatened legal action several times. There was a lot of “he said, she said” going on; the truth of what happened probably sat somewhere between their tales.

Once I realized (and confirmed) that Abby had done a poor job, I felt compelled to take matters into my own hands beyond facilitating communications. Her lack of professionalism and skills reflected badly on my business. I have enough integrity that I couldn’t let that stand. It was time to do what was right.

Jim asked for a prorated refund from Abby. I decided to pay the refund myself, recouping some of the cost from the referral fee, and considering the rest of the refund as a “mea culpa” for referring the wrong person. Although I didn’t need to refund money I didn’t earn, I strongly believed this was the right thing to do, and I did so on the condition that Jim not pursue legal action (to which he agreed).

I also committed to working on his project myself, so that I can improve the quality of what Abby failed to do. That means unpaid work on my part, but I will be strictly limiting the hours I spend on it.

The finished project will involve a third-party company, and I contacted them to iron out details of what was happening. Luckily, they supported my plan and backed me up to Jim, and we were able to plan for a high-quality finished product that works for everyone.

The lessons I learned included the following:

I am fortunate that Jim accepted my proposal and that I was able to shield Abby from legal action. I took responsibility for a referral gone bad, and I will work to make it right. It’s not ideal, but I’m pleased with the solution, and so are Jim and the company completing the final project.

In the comments: Have you ever given or received freelance referrals that didn’t go according to plan? What did you do to make things right?