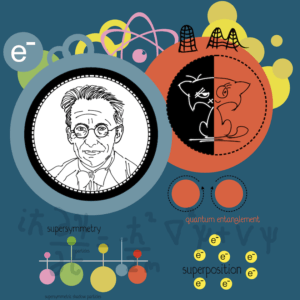 I received an email this week from a client that I assumed I’d never hear from again. It hadn’t been a bad breakup, simply that my main contact left and her replacement had different freelance writers in her stable. With a whopping six-year gap between communications (a personal record), I was reminded of one of my favorite freelance phenomena: Halley’s client, you know, the clients that enter into your orbit only once in a great while. They’re not a bad thing, but don’t exactly provide dependable income, either.

#Freelance def. – Halley’s client: Someone who enters into your orbit once in a great while

As I got to thinking about it, I contemplated a few other analogies to the worlds of science, philosophy, math, and art:

#Freelance def. – Escher’s project: Content that ends up right where it started

#Freelance def. – Rorschach’s scope of work: Depends on who’s looking at it

Have you experienced any of these freelance phenomena in your business? What’s the longest it’s ever been for you between two projects with a Halley’s client? Share your tale of woe (or success) in the comments!