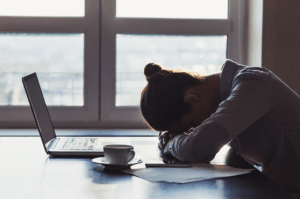 It’s a strange feeling to have a blog post go viral and wish it hadn’t. That was my experience on Friday, when I checked Google Analytics and saw a huge surge in traffic to my post about what to do when a freelance client files for bankruptcy. I subsequently went to Twitter, and found the cause: the Mode Media bankruptcy announcement on September 15. [Note: I am using “bankruptcy” loosely not legally here, as in “they’ve shut down and aren’t paying their creditors.” The company hasn’t yet filed for legal protection, but that would seem a likely path forward according to this article.]

I’ll preface my thoughts with a couple of disclaimers:

It’s that final point where I want to be careful. I see the arguments online splitting into two camps: 1) billionaire jerks took advantage of freelancers, and 2) naive bloggers got what was coming to them.

The truth, I am confident, falls somewhere between those poles. I assume that the owners would have preferred remaining a going concern, and I suspect the bloggers would have behaved differently if they’d known how things were going to play out.

It’s a strange feeling to have a blog post go viral and wish it hadn’t. #ModeMedia

3 Takeaways from the Mode Media Bankruptcy

As noted above, I’m on the outside looking in on this particular industry. For an insider’s perspective on the Mode Media bankruptcy, I highly recommend these three blog posts:

Mode Media: What to Do Now and Mode Media Alternatives. Just as you’d guess from the title, Lisa Koivu offers practical ideas on how to handle the current situation and branch out in your freelance business.

What I’ve Learned from the #ModeMedia Shutdown. Kim Thomas offers good suggestions for bloggers looking to work with other brands and ad networks moving forward.

What I Learnt from #ModeMedia Going Bust. Shoot, the link is no longer active. But I loved the fortitude and positivity of Victoria Jackson’s final lines: “From now on, I make my own money. I negotiate my own terms. I run my own business. Not anyone else. Oh, and another lesson. Money is never yours until it’s in your pocket.”

Were you affected by the Mode Media bankruptcy? Please share your experience in the comments. And if you’re a blogger who’s posted about how to move forward from this situation, make sure to include a link!