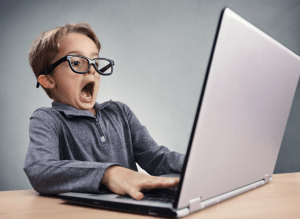 If you’re looking for a slam on bidding sites or outsourcing services, you’re not going to find it here. No, this is about the news that Upwork raised the fees it charges freelancers from 10% to 20% on projects of $500 or less and created a sliding fee scale based on freelancers’ lifetime billings. (The fees drop to 10% on projects of $500.01-$10,000, and 5% above that.) My interaction with Upwork, formerly Elance-oDesk, is limited to a strange experience with hiring a freelancer whose freelance rates were so low they made me question her talent.

So, here’s the part where you may think, “OMG, Dr. Freelance has lost his mind!”…as if you didn’t already think that when I pulled my April Fool’s prank about quitting freelancing.

I believe Upwork is making a smart move.

Why? The company claims to have more than 10 million registered freelancers. You can bet they exist on a bell curve from less talented to extraordinarily talented, and unprofitable to highly profitable. Same on the client side, where they have more than 4 million registered. Upwork isn’t a charity. Every user soaks up bandwidth, storage, and other resources. They want fewer freelancers and clients on the left end of the curve and more on the right. Changing the fee structure is the most effective way to accomplish that. Given that Freelancer.com went public and just had a record quarter, I won’t be surprised to hear Upwork announce an IPO of its own at some point.

#Upwork raising fees = #freelance business lesson, but maybe not what you think

Sure, they’re taking a PR hit from the crowd who are complaining that it’s unfair that Upwork raised their fees. Behind the closed doors of the board room, I’m guessing the CFO is thrilled to have them leave.

Update 5-11: My colleague Lea Popielinski informs me that this change has been a while in the making. Check out her post, “A Reply to an Elance Survey and What I Learned About Freelancing,” which includes some valuable insights on why the new fee structure isn’t in the best interest of many freelancers.

How the Upwork Fee Increase Applies to Your Freelance Business

Depending where you are in your freelance career, your client base probably has several bell curves: project quality, client relationship quality, and profitability. The key is to optimize them. That means:

Your fee structure isn’t the only way to manage those issues, but it’s a darn good one. A pain-in-the-butt client might be worth it if the rate is high enough, a loyal client may warrant a more favorable rate on certain jobs, a prospective client with a cat-food budget deserves nothing whatsoever, and so on.

A pain-in-the-butt #freelance client may be worth it at the right rate. #biztips

Important! I am not recommending that you use outsourcing services in your freelance business mix, nor am I suggesting that you shouldn’t. That’s your call. All I can say is my business model doesn’t include bidding against other people for work. I don’t believe that a fee of any kind is worth what I’d have to sacrifice in the bargain, especially having a third party “own” my relationship with a client. YMMV.

Above all, there are far better ways to get high-paying freelance jobs if you’re willing to put in the work. And if you’re interested in doing a better job of pricing your services—and raising your own rates—check out the original Dr. Freelance guide: The Science, Art and Voodoo of Freelance Pricing and Getting Paid.

In the comments: Do you have experience using Upwork? Does the fact that Upwork raised its fees change your incentive to use them?