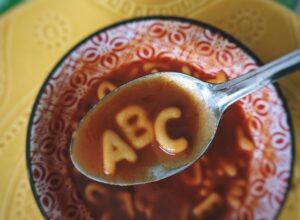 PRO Act. ABC test. Two acronyms that could negatively affect all U.S. freelancers, whether we’re writers, editors, designers, or any other type of independent contractor in a creative freelance enterprise. The tl;dr scoop is this: With barely a hearing or discussion, the U.S. House of Representatives will soon be voting on the Protecting the Right to Organize Act, a.k.a., PRO Act (a.k.a., H.R. 842). The act would codify into federal law California’s stricter ABC test (rather than the existing IRS test) for classifying workers as independent contractors vs. employees. Here’s what it says: “An individual performing any service shall be considered an employee…and not an independent contractor, unless—

Most of us have no problem with A and C. The so-called B prong—performing a service similar to a client’s business—is where we run afoul. Notice that sneaky little “and” at the end of the second bullet. Yes, you would need to pass all three criteria.

Who knows what the unintended consequences might be once legal fine print collides with the real world at a federal level. In California, the problems were immediate and well documented, and many businesses simply stopped hiring Golden State freelancers. (Take a gander at some AB5 Horror Headlines.) The legislature amended the law and created more than 100 exemptions after the fact. My understanding is that being an LLC or S-Corp does not protect you, nor is it sufficient to have a formal client agreement that attests to your status as an independent contractor.

Anything that makes life more difficult for my clients is a crappy deal for me too. #NoPROAct #fightforfreelancers

The theoretical intent of the law is to protect workers. That’s fine; it does not benefit us when companies flout the current laws governing independent contractors. I’ve been at this long enough, however, to not trust a far-reaching proposal that is being sold to me “for my own good.” It’s a cynical legislative gambit to pass something that’s flawed and then try to fix it after the fact—I’m not naive enough to think that dynamic will work out in my favor. I’m also concerned about who might get left out simply because their voice was not powerful enough.

On Twitter, @suzrdg summed up my feelings succinctly: “I do not need protection from my clients.” I would add this: Anything that makes life more difficult for my clients is a crappy deal for me too.

The end game is about money (shocker!) and creating as many W-2 employees as possible. The unions would like to tap into the ~57 million independent contractors out there for dues and lobbying clout. Federal and state governments would vastly prefer the steady flow of taxes that comes from people getting paid twice a month. I won’t even go into the aspects of power and control that lurks beneath the surface of all this, because I’m already at a slow boil and I’ve got deadlines beckoning.

It’s unclear what unintended consequences #PROAct might have when legal fine print collides w/ the real world at a federal level. That’s scary

If you’re interested in more about the hazards of the PRO Act and what actions you can take, here’s a start:

Several proposed amendments could fix this toxic soup of legislation, including the simplest and most logical: replacing the current language with the IRS test. I’ve personally written, tweeted, and made calls to my Congresspeople using some of the tips outlined in the links above. California and New Jersey freelancers have been battling this for a while, so I confess to feeling a tad guilty about finally getting vocal when it’s my own ox that’s penned up and about to get gored.

The past year has rocked small businesses across the country, and the last thing we need is to slam the brakes on the smallest of businesses by eliminating our ability to choose how we operate and who we do business with. I’m optimistic we can make a difference, and I will continue to fight for our freedom as independent contractors.

***A cautionary note: I do not consider this a democrat vs. republican or pro-union vs. anti-union issue, so please do not comment on those aspects. It’s not productive. I have friends and colleagues across the political spectrum who are united against this act.***

In the comments, please share any additional resources you’ve found and I will add them to the list. Thanks!